Gutsman (Also known as Vix's FBFL, Guts Man and Gutswoman) was a Megaman Robot Master first appearing in the first Megaman game. He is RP'd with Dante and made an account on ACN on June 21, 2010. He has since made the Top 10 Posters list on ACN.

Gutsman first appeared on the chat along with Oilman as an annoying, obnoxious robot. Over time, he made up false claims that Summer was his daughter, or any other child, for that matter. On the SV Show, he created the monsters known as Justin Gaga and Lady Bieber by locking Protoman(the first) inside a closet listening to Lady Gaga songs and Justin Bieber.

Most of his early days dealt with stealing girlfriends from other robot masters, like Asayo and Aria. These were all unsuccessful attempts. Gutsman had many fights with Murasaki in the month of August, where one would say the "Yes." and the other would reply "No.". This went on for quite a while.

Another notable period in Gutsman's life is when he turned into a rapist. At first, he only targeted young girls, but after that, he targeted adults, both male and female. He started targeting both kids AND adults, gender not mattering.

In October 2010, Gutsman got a gender transplant, hereby declaring himself "Gutswoman". He still raped little kids.

Sometime on November 2010, Gutsman gave birth to twenty babies. These babies have since been given the title of "Gutsbabies". His sexual partner was Shademan. No one knows how Gutsman got pregnant by Shademan, and why.

It has been recently established that Gutsman's brother is Woodman. Gutsman is also the father of Fusion, and 20 Gutsbabies. A close friend of Gutsman's recently joined the forums. His name is Stoneman.

On November 21st, 2010, Gutsman gave birth to twenty children at once. Known as Gutsbabies, many are currently trying to earn an identity. The current list of known Gutsbabies are: 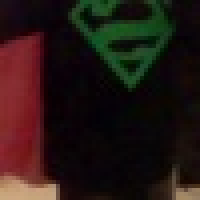 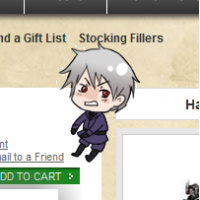